Thank you very much for continuing to support this server and posting these maps. I will have to make you admin lol

I haven’t played all of them but I will definitely try to find out about the annoying sound effects. Those can be fixed easily. I am glad that there are new maps you all are playing. I was getting bored of some of them. I will check the other maps that are still remaining and add them as soon as I can.

KF-Hangman’s Bridge also have sound effect.BTW most of KF2 player (LVL25) asking map KF-1Way v5 should been remove,“troller vote,cant see anything except explosive and not fun”

“troller vote,cant see anything except explosive and not fun”

Can be removed no problem. Just want to confirm this.
Is it because its right at the top of the vote list? I can move it down. It’s a good map when you have too few people. I’d hate to loose it but if that’s what everyone wants so be it.

i think sound,sound good if u can put 1way v5 at bottom list

It is done! 1way_v5 is now at the bottom

I think ApexB2 is a better map which is the way any Roof should be. Too bad not many players try it. Will get rid of Roof11V2. Thanks for reporting and please do update the index you have been maintaining for us.

Its possible the map is updated and KF2 isnt good with that sort of stuff. Only wayt to deal with mismatch errors is to

In any case, I’ll remove the map. As much fun as it has been, very few people would be able to deal with mismatch errors. I have a workaround for it, but i’d rather not go into it

We just played Helms Deep V6. Terrible map, can you replace it with the real one, its called Helms Deep Beta. Thats the original fantastic map, thanks!

cool. I didnt like this one much either. I suppose the Helms Deep beta is the same as KF1? I think we have that.

I dont think ive played it on KF1, but its the actual stronghold from LOTR. There have been some changes recently, but its still a proper replica of Helms Deep. Its been a while since that map has been available anywhere, i cant wait

1way house and 1way v7 i think should be removed.another troll map and most of player hate this map

I just need to wait for the server to be empty or less people for a bit. right now its always full. I’ll check in tomorrow afternoon, should be fewer people. Will remove some maps and update to use same maplist between MMO and 52P servers.

I’d like to report the map AtakaV2 as being very unplayable. The team gets run over very fast and everyone resorts to boomstick jumping behind the trader pod to stay safe. Jumping behind there also makes the character get permanently stuck. When i joined it was Wave 8/10, already 60 minutes had elapsed and many people were getting frustrated and leaving. Here are a few screenshots. 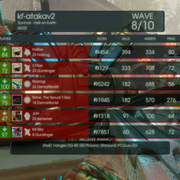 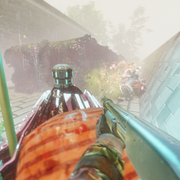 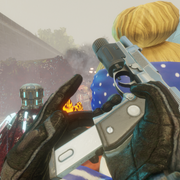 Thanks. I’ll drop AtakaV2 .
But please post in the right thread. this is about hardware.

@RainX please can you update your list in the main thread?

Helms Deep V6. Terrible map, can you replace it with the real one, its called Helms Deep Beta.

Done. Replaced with original version. Yes it is port of KF1 albeit, reportedly buggy so please let me know if there are issues.

Removed. You’re right. They have outlived their usefulness at this point.[quote=“Armesis, post:38, topic:33”]
I’d like to report the map AtakaV2 as being very unplayable
[/quote]

Thank you for the detailed screenshot. Removed. I had a feeling it’s not gonna work.