Ok Will remove Asgard and Horzine forest as both are reported problem.
You can also browse through the list of available maps here http://www.goodmods.com/killingfloor2/

New maps can be added from non-steam as well.

Not added and probably never will

ok. consider ti done in next update. Thanks for reporting
Edit: I can patch the map if I can see where the problem is.

If can tweak zed spawn from top roof to ground floor,it will be fine.

There isn’t a “good” location on the floor that I can see to spawn Zeds. I found one place where the direction of zed movement was not correct. Also If I block the zeds from roaming away on the roof it should resolve the situation.

Can you add ‘Kokiri Forest’, ‘Defend Thyself’ and ‘RE4 Cabin’. Thanks!

No problem. I’ll look them up and add them. 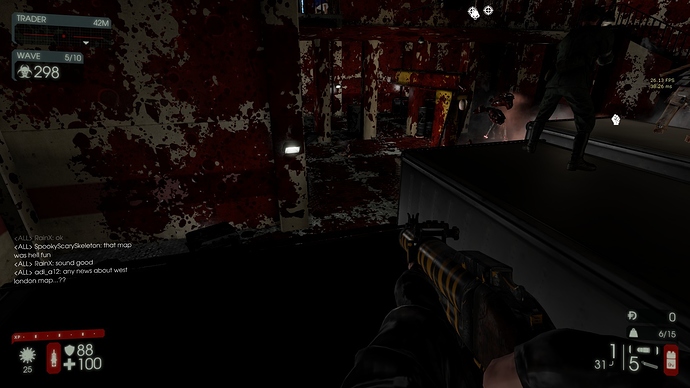