I am building the system with AMD 2990WX CPU which is 32 cores and 64 threads.
The motherboard series x399 is on the higher end for all manufacturers. I chose the Asus Zenith Extreme X399 which has a fairly decent setup. During the build it turns out that none of the NVidia cards would work. We tried 1070, 1070ti and others. However AMD cards worked.

The latest BIOS update was applied but it did not resolve the issue. The seller has contacted Asus support but we are yet to hear back from them. I will keep you folks posted.

Case and Cooler
I went with the Obsidian 1000D Super Tower. The latest version of this tower does not include 5.25 Inch drive bays used for DVD drives. Which is a good thing. The older version probably had drive bays and hence it was not considered by anyone for building super tower. I do believe Phanteks has an equally good Super Tower.

The issue we faced was this. There are two trays provided for holding fans. One is 8 x 120 mm and the other is 3 x 140 mm which makes it very odd. The only Cooler we can use today with AMD TR4 socket is Enermax liqtech II 360 mm which is a 120mm x 3 fan. The mismatch of size resulted in us placing the 8 x fan tray on top to hold the radiator fans. This tray would have been useful in front intake with all 8 x fans loaded. Now we have the 3 x 140 mm tray in front.

I could not find decent fans in the assembly shop at the time so I am stuck with “Gamer” fans where I leave the RGB lights disconnected. The case is huge and rightfully so, the motherboard overheats since it has so many components built-in. It requires heat exchange but the combination of what is happening does not leave us much choice.

I will post pictures later of the setup. I might have to replace the mobo if it does not work with NVidia cards. While I dont mind getting a Vega, the rest of my cards are NVidia and I will not be able to use them. This will add to the cost.

Thank to Bizgram @Simlim level 5 for helping build such a massive and complex system.

Quick update:
The Enermax liquid cooling failed within 6 months of operations. I did an FLIR and saw it could not move heat at all. It caused lot of processor overheat and sudden shutdown. I lost a lot of data as well due to the glitch. the standard minimum core temperature was minimum 65 degrees celsius which quickly hit 75-80 degrees without much load cuasing processor to throttle to 0.5 Ghz

. I forgot to record the FLIR for Enermax. I replaced the CPU cooler with Noctua NH-U14S TR4-SP3 and I maintain 30 degrees in normal operation and max 38 degrees in average real world workload.

However due to the way Corsair case is design it has limited static pressure so the Cooler Master case fans do little to move the air out. I have a few 3000 RPM fans from another case but they are loud and good for cryptomining cases but otherwise lack PWM so very noisy.

As such I am doing a few more modifications - I am so happy with Noctua I am going to add a second fan to the heat sink in push-pull config. This is standard and easy to install. This is the fan you need to buy additionally to mount to the heat sink. Extra mount pins are included in the heatsink so all you need is the fan Noctua NF-A15 PWM, 4-Pin Premium Cooling Fan (140mm, Brown)

Next are the case fans. My case has total capacity for 6 x 120 mm intake. 3 x 140mm top exhaust and 2x 120 mm back exhaust. Except the top ones which are still Cooler Master I am replacing all with Noctua case fans. Here there are few choices. The lower cost I went with Noctua NF-P12 redux-1700 PWM, High Performance Cooling Fan, 4-Pin, 1700 RPM (120mm, Grey) for the intake fans and for the back exhaust Noctua NF-S12A PWM, Premium Quiet Fan, 4-Pin (120mm, Brown) which has lower noise because of padding.

All Noctua fans comes with a Y splitter so i can use the same 4-pin PWM to power two fans. makes cabling much easier as the Corsair fan control only has 6 slots anyway. Main purpose is to lower noise as much as possible while moving enough air over the motherboard and around the case. I might just get the quiet ones in future but right now I am trying to reuse the parts.

Once the fans are shipped I will update the post with my results.

Here’s the FLIR of Noctua heatsink for you to enjoy. 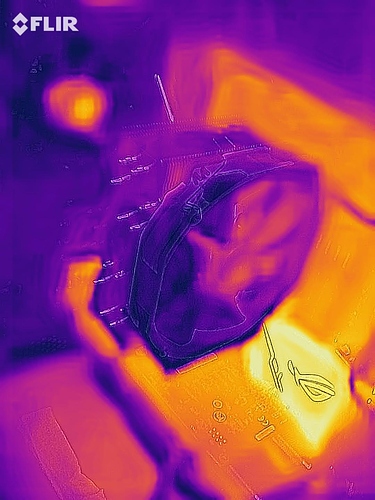 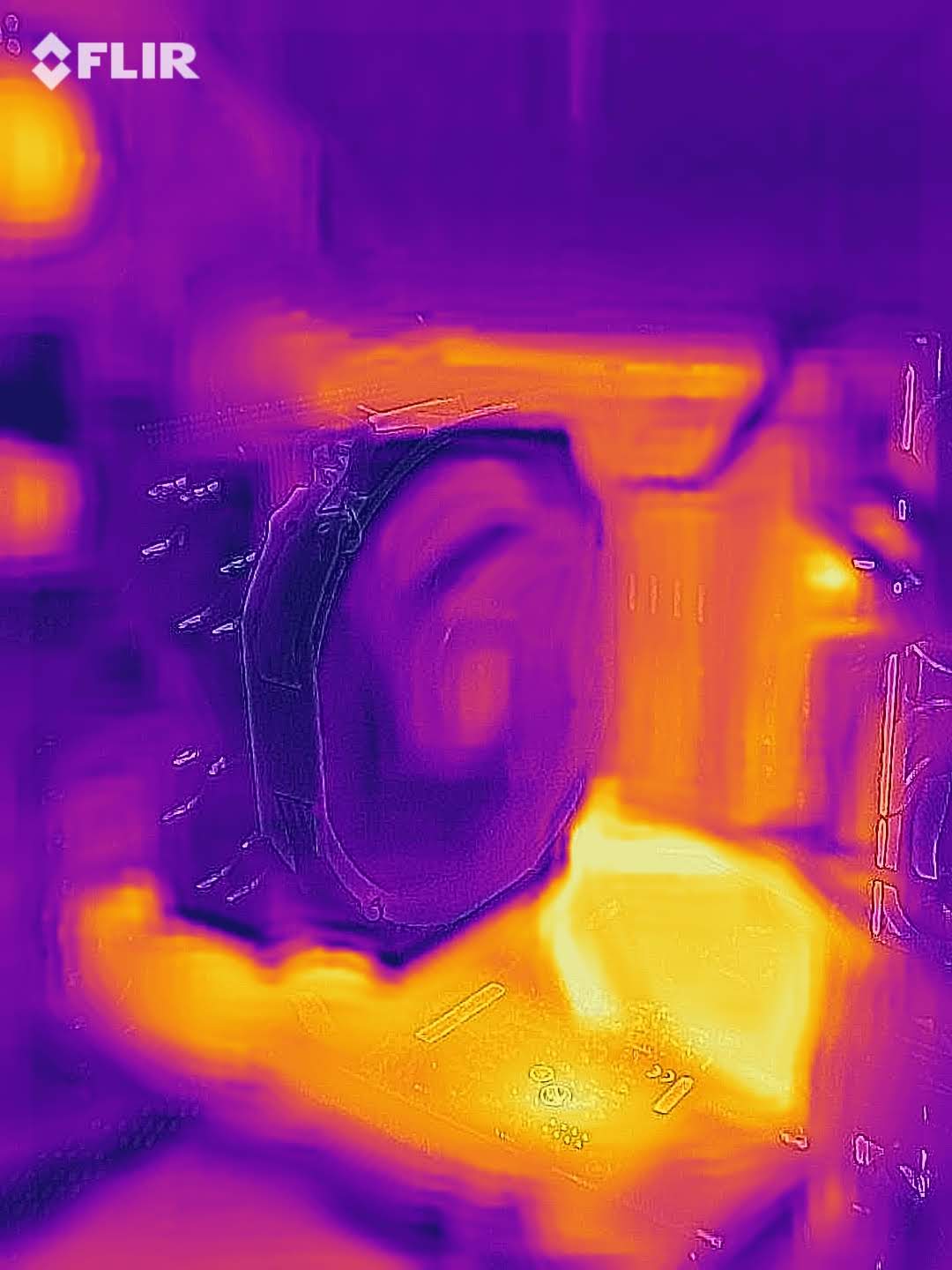