Guys on the 7 Days to Die server, this is an old message from the senior mods but please do not build/dig to bedrock or build bases over water. Bases on water or bedrock will be removed, if you are an old player with a good record I am willing to give a grace period after you’ve been warned to pack up your stuff to an upper floor/another base, but after that, I will fill up the entire area with stone in 1-2 days after the warning. The other mods, being my seniors, would not need to abide by that grace period.

I don’t think you have to worry about mods doing bedrock and water building. We’ve had enough headache and bases lost from this to not ever try it

Thanks for telling us. I do not know dig to Bedrock.
The server is crash.

As discussed in Steam and each game server has different restrictions. Some servers can not. Riding a mini bike has made some servers crash /some server can not Dig a long tunnel / Some can not Dig to bedrock and some server can not use commands …how ever like this PCguru can ride by 600 Purple engine can use commands its good
Notice is good.sometimes i fotget somethings need to learn and recall again [Bcoz i stoped this game about 6 months…just come back to play 10-14 days LOL]

However, we are moving to expect a new floor, new room and moving stuff-items completation on this Wednesday.

Today admins.
Do not let us claim the mine.

We claim area just a little NOT ENTIRE…!!
We only 2 How can i claim that you call …entire…!?

We play by ourselves

We have never requested any special from any admin…!!

It’s a survival game, who found who can claim , and only a small mine that we used to do our Ammo. …I never make any mistakes on this server…in past this Old character i return i can say this first who got 200LV. on this server in long time ago

When someone request to move floor higher from bedrock…we do suddenly…!!

To survive I need to find a factor mining resouce and live by myself. Always believe that. Never requested

The first time we came to play. We are very happy with this server.

If there are rules not allow to claim a little area for mining areas. HOW We will find the raw materials?

We’ve had a lot of fun with this server. Thank you very much.

If the rules are forbidden to reserve space, it is not a survival game.

Thank you for the kindness . Long time ago thank you Vangel

if we played is disturb you sorry for a little area…We will not disturb anymore.

Who’s fighting at my base?
Today No one online, how are zombies going to destroy my base? 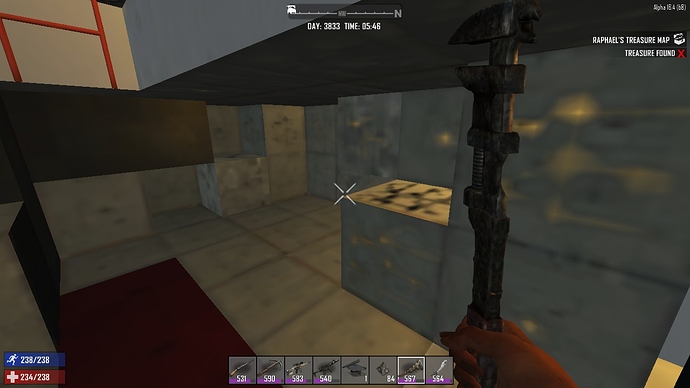 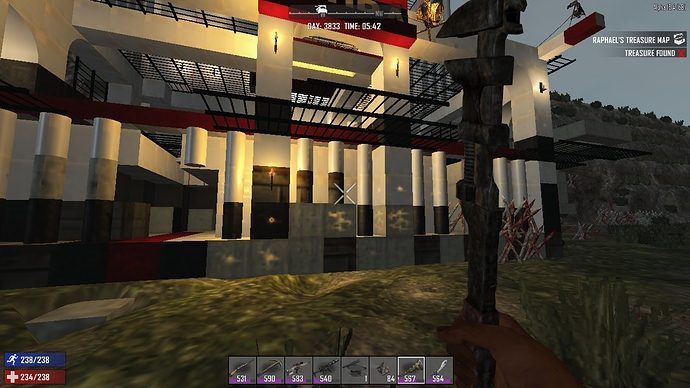 LoL … do not seriously BB

many kind of people in the world… we just move away from it. Back to our place … It’s just a game.

All the time we played…never brake any server rules .fine

CAPETSINO
here is your stage and your rules.

We are satisfied For the past play.total we played 1360+ Hr. from many server and got a top 200 LV. ALL my character

Dont to tell me your experience 1200 Hr.again

i am the First level 200 on this server and who the 2nd…ta da GLPUER and the 3rd fangChouPi…i dont see you when i played you call your veteran player,hmm up to you

You probably knew the size of the map. It’s very large.

WHO FOUND CAN CONQUER …common sense of SURVIVOR GAME isn’t it?

I booked a little area, but you blame me for taking it all in the woods.ENTIRE FOREST? REALLY ALL the MAP ?

And we only have 2 people who just came back to play AFEW days.

However, if that is your rules,FUNNY FUSSY RULES not allow me to claim a mining area.
We do not play to disturb you again,dude CAPETSINO

[We Occupied buildings of Higashi with only 9 mm and poor WOODEN BOW Crossbow.When we begin …umm that the first round i played that time i dont know the rule or any commands.
ONLY 3-4 ppl on this server,when i begin]

[Have been playing until There are more and more people on the server, and Haven started to clutter.and last server crashed]

And we stopped playing. To try other servers.
Find a good friend Help each other

Just only comeback to visit the old home.

And build a new home is very very strong.
Never been destroyed was builted In a few days

We have fun enough .

With the new rules its a CHOOSY fussy rules. Unlike the game of survive.

however Thanks for once upon a time letting we played. Thank you VANGEL …and all PPL in past fangChouPi GlPuer really thanks from our heart.

Look man, I’m just a junior moderator here, I am just following the rules Vangel set and the things I was told to do. If you want the rules to change, contact him, but if you actually read his reply above you’ll have figured out that he set those rules to avoid a wipe.

The server owner has been super tolerant of players, but if we keep breaking the rules the server will crash and a wipe will be required again at some point.

Nothing I’m saying here is fiction, its all recorded on the logs. At this point, I can only offer facts, I don’t even really have to explain my case of enforcing the rules I was asked to.

If that’s hard to understand, I’ll reiterate: I am not enforcing ‘my rules’, there are server rules that the administration created for the sake of the server and the players. A server that crashes and lags is no fun to everyone.

Claiming Biomes: The issue here is, resource buildings are off limits. But while you didn’t claim a single building, the surface area that you claimed, took a huge chunk out of not one, but two biomes. You did not even try to set land claim blocks 40 cells away from each other, you just randomly placed them along the ground - at bedrock no less, which is against the rules. The pictures are better evidence for my claims than any stories I could spin. I deal in fact.

Even if you planted these Land Claim blocks at surface level, you need to apply the courtesy of only claiming areas you intend to build something on. The issue is, you just claimed mines - which you really shouldn’t its not a base, its just a mine - and this affects land underground and on the surface. Imagine a newbie trying to chop wood in a forest and they find half the biome is land claimed and they cannot see from where.

bb2078: I’m not nearly that petty, nor do I actually care enough about your base to drag a horde to it. If I wanted to do something, I would just do it outright. I don’t have to pretend I’m indirectly destroying your base, I would flat out say I would if it was warranted. I could just delete it outright, why would I do the time consuming task of drawing a horde to the area. If you have base defenses and they kill zombies, if there’s a lot of zombies and players nearby, your area’s heat will increase. If you use a ton of torches, that multiplies your heat exponentially.

Seniority: Moreoever, seniority on a server isn’t about who logged on and reached level 200 first. It’s about tenure. A person who’s not focused on killing naturally won’t reach the maximum level quickly. I know Fang (he invited me here in the first place) and Plue and the rest, you’re pretty out of your depth to cite them as your co-players. You played actively for a brief time, you didn’t play actively for a long duration.

2 Days: Regardless if you’re leaving or not, I’ll extend an olive branch here and give you two more days to move things up. Once that time is up, I will have to do the job the admins recruited me for.

PS: I even did try to help ease the damage when you facilitate your move by helping replace what you would lose in resources from the destruction of chunks of your base. I think that was consideration enough. 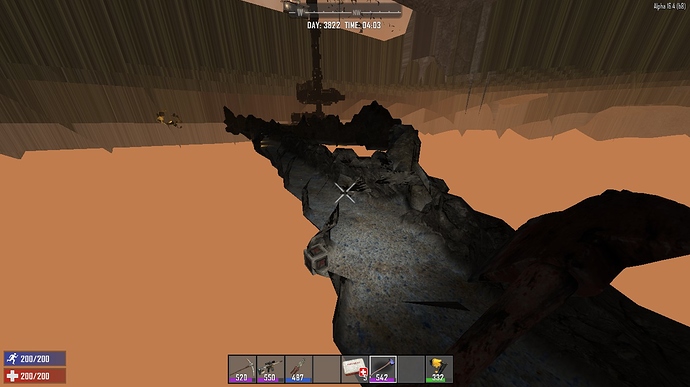 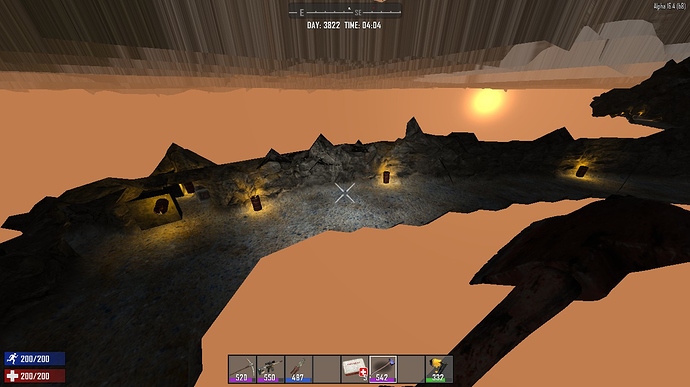 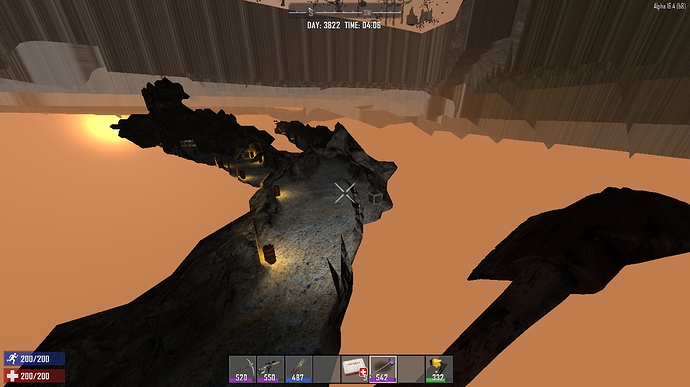 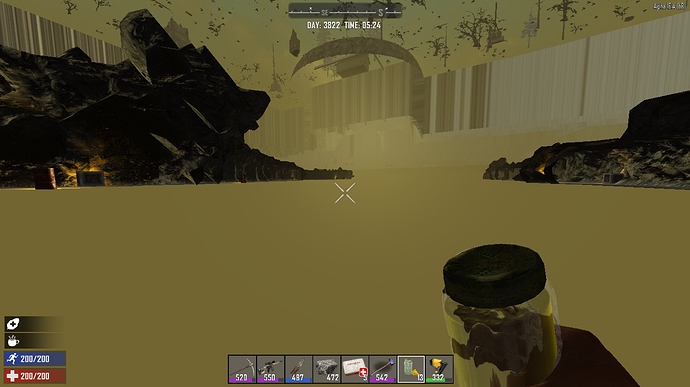 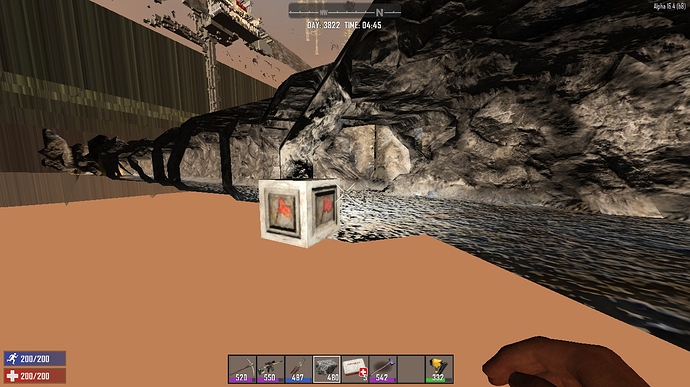 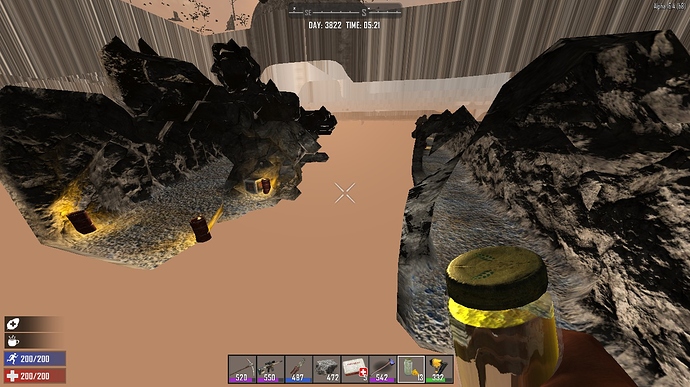 The only reason you got away with that is because vangel wasn’t as active to enforce the rules. We have proper mods now. Your complaints are invalid Ryu. Just follow the rules or take them up to Vangel.